For the explorers that stay with us, we wanted to recommend, to you some of our favourite spots. 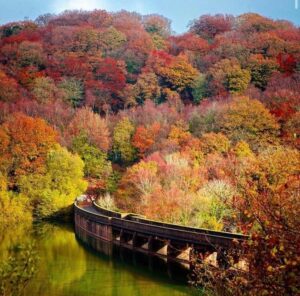 Clatworthy Reservoir is situated near Clatworthy in the Brendon Hills on the edge of the Exmoor National Park in west Somerset, England. 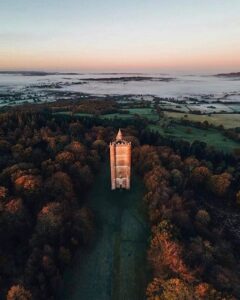 King Alfred’s Tower, also known as The Folly of King Alfred the Great or Stourton Tower, is a folly tower. 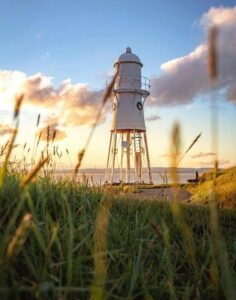 Black Nore Lighthouse at Portishead, Somerset, England, was built in 1894. It is a Grade II listed building. The metal white-painted lighthouse was built by Trinity House to guide shipping in the Severn Estuary as it made its way in and out of Bristol Harbour. 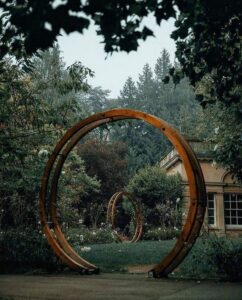 One of the most delightful features of Royal Victoria Park, The Botanical Gardens were formed in 1887, and within their nine acres are many choice trees, shrubs, a fine herbaceous border, a rock garden and pool, a scented walk, a collection of old shrub roses, and a replica of a Roman Temple.

You will find the walkways, which wind in and out of the planted areas, full of interest and colour, and alive with birds, insects, butterflies and wildlife.

A small stream bubbles over stones and under small bridges, and there is a large, fish filled pond with a moorhen house. There are many benches dotted around for you to sit and enjoy a little peace and quiet, away from the bustle of the city centre.

To mark its centenary in 1987, the gardens were extended to include the Great Dell, a disused quarry and formerly part of the park itself, which already contained a very fine collection of conifers. It has since been developed into a beautiful woodland garden with an aerial walkway, which provides a series of breathtaking viewpoints amongst the trees and right across Royal Victoria Park. 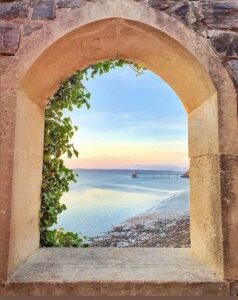 Clevedon Pier is a seaside pier in the town of Clevedon, Somerset, England on the east shore of the Severn Estuary. It was described by Sir John Betjeman, as “the most beautiful pier in England” and was designated a Grade I listed building in 2001. 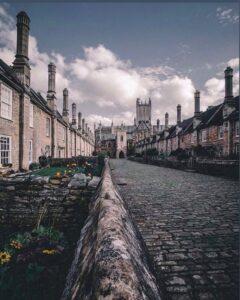 Vicars’ Close, in Wells, Somerset, England, is claimed to be the oldest purely residential street with original buildings surviving intact in Europe.John Julius Norwich called it “that rarest of survivals, a planned street of the mid-14th century” 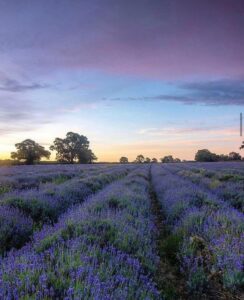 Somerset Lavender has been welcoming visitors to Horsepond Farm since 2006.  They haven’t always grown lavender there; originally Horsepond Farm had a herd of Jersey and Guernsey cows producing creamy Channel Island milk.  They also bred their own ‘followers’ so they had tiny calves and young heifers too. Their farm is about 50 acres so they grew as big as they could but sadly with the falling milk price they had to look at other ways to be able to earn a living from their third generation family farm.  Eventually they hit on the idea of lavender and slowly over a period of five years and much research they landscaped and planted thousands of plants. It was a big learning curve and at times they wondered if they’d done the right thing but over time people began to visit them. 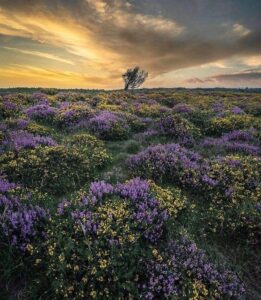 The Quantock Hills west of Bridgwater in Somerset, England, consist of heathland, oak woodlands, ancient parklands and agricultural land. They were England’s first Area of Outstanding Natural Beauty, designated in 1956. Natural England have designated the Quantock Hills as a national character area. 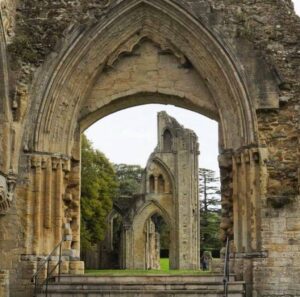 Glastonbury Abbey was a monastery in Glastonbury, Somerset, England. Its ruins, a grade I listed building and scheduled ancient monument, are open as a visitor attraction. The abbey was founded in the 7th century and enlarged in the 10th. 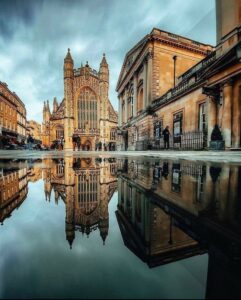 Bath Abbey is a parish church of the Church of England and former Benedictine monastery in Bath, Somerset, England. Founded in the 7th century, it was reorganised in the 10th century and rebuilt in the 12th and 16th centuries; major restoration work was carried out by Sir George Gilbert Scott in the 1860s. 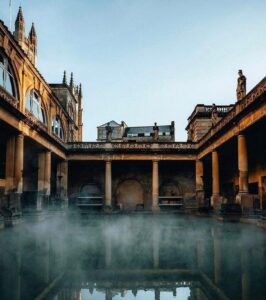 The Roman Baths are a well-preserved thermae in the city of Bath, Somerset, England. A temple was constructed on the site between 60-70CE in the first few decades of Roman Britain. Its presence led to the development of the small Roman urban settlement known as Aquae Sulis around the site. 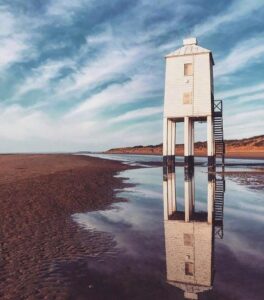 National Trust’s Brean Down being one of the most dramatic landmarks on the Somerset coastline. The Down has fantastic views over the Bristol Channel in one direction and Weston-super-Mare and the Welsh coast in the other. 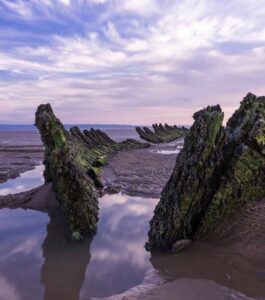 When the tide goes out at Berrow, near Burnham-On-Sea, the bones of a long dead ship stick out of the sands as a stark reminder of a savage gale and a gallant rescue at the end of the last century.

It all started during the first days of March 1897 when a howling south westerly gale swept up the Bristol Channel, bringing with it high seas, driving snow and sleet.

Many ships soon found themselves in distress, among them the Norwegian barque SS Nornen which had tried out to ride out the storm in the lee of the Lundy Roads but had found her anchors dragging. She was being driven towards Berrow mud flats. The crew desperately tied to save her, but were fighting a losing cause. 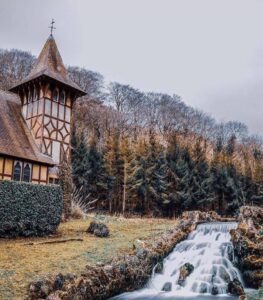 Burrington Combe is a Carboniferous Limestone gorge near the village of Burrington, on the north side of the Mendip Hills Area of Outstanding Natural Beauty, in North Somerset, England.

Burrington Combe inspired the name behind our Burrington Lodge. – www.strawberryfieldpark.co.uk/burrington/

Stourhead is a 1,072-hectare estate at the source of the River Stour in the southwest of the English county of Wiltshire, extending into Somerset.